You are browsing the site archives by month.
12Jul 2016 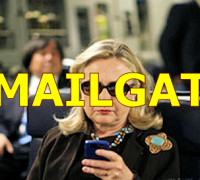 In March 2015, it became publicly known that Hillary Clinton, during her tenure as United States Secretary of State, had used her family’s private email server for official communications, rather than official State Department email accounts maintained on federal servers. So – Let’s talk a little bit about Clinton’s emailgate. END_OF_DOCUMENT_TOKEN_TO_BE_REPLACED

Self Driving Cars? I Don’t Think So …

A “self driving” Tesla killed it’s passenger because it didn’t understand a tractor trailer blocking it’s full field of vision. That accident – though a combination of several factors – again underlines the fact that “self driving” is nothing but a pipe dream.