The bizarre fight over net neutrality 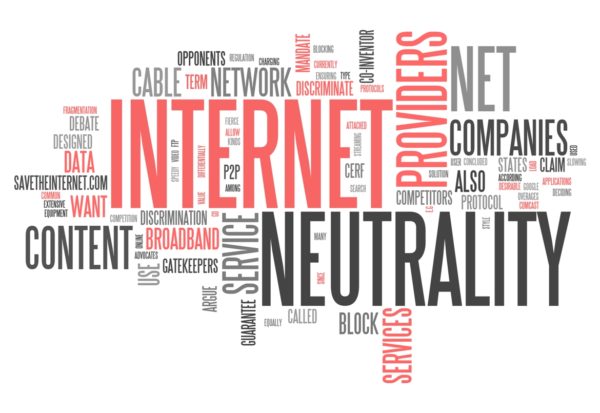 I remember my first “ping” to prep.ai.mit.edu. This must have been around 1993 . I worked with networks before that time, hacking X.25 networks and using embedded “out dials” to reach phone line connected BBS systems around the word. All my life has revolved around the “net”.  So – I know a thing or two about the Internet. Let me make something very clear:  We lost net neutrality years ago.

Some day in the near future, we may have to select what “kind” of Internet we pay for. Just want national web-sites? That would be cheaper than say video-streaming or the all-inclusive package allowing VPN or video- and audio calls. The Internet as we know it today will cease to exist. Replaced with something more like cable-tv where users pick and choose what “channels” they want. This is, without doubt, a very sad development.

But the Internet is not only the wires, routers and switches that allow the data to flow across the globe. It’s also the connected devices, the smart-phones, computers, the services that we use. And “net-neutrality” doesn’t exists in this domain (anymore). A number of unregulated companies decide pretty much for themselves what is good, acceptable or .. well , not.

Let’s take a minute and think about the underlying philosophy of the Internet: We have a set of protocols (like eg. for email exchange and retrieval, web access … ) and everybody adheres to those protocols allowing a free flow of information.

But economical competition  started to erode those standards pretty fast. Anybody here remembers Microsoft’s attempts to make special “protocols” for Internet Explorer? Today  it’s Google, Apple, Ebay and a number of other companies who are cautiously monitoring their domain for absolute control. Their servers and services – their rules. If Apple doesn’t like your app, they won’t approve your submission and that’s that. Google is constantly changing their Android APIs which makes it is almost impossible for an individual developer to keep up. Additionally they modify protocols so that “their” email app works better than those who adhere to the standards. Why can’t you have web-links in Ebay messages? Why does every big company cloud service needs to have it’s own protocol and client? Why aren’t commercial chat or messenger systems compatible with each other? Why can’t I use Amazon’s Alexa to talk to Google’s voice service? Why is Facebook trying to force me to install a “messenger” on my phone by blocking the web-chat function? Their rules. Look closely and you’ll realize that there are arbitrary borders and impenetrable walls everywhere on the Internet.  Why do I have to include closed source DRM technology in my open source browser?

Because Netflix, Microsoft and Google wanted it that way.

So excuse my hysterical laughter while I am listening to the same companies crying “foul” because the FCC is about to allow others what they have been doing for years.

Don’t get me wrong: The upcoming changes to the Internet are a devastating blow. But the Internet as envisioned has been lost to commercially driven incompatibilities years before.  It’s a logical next step to sever the universal Internet into “Google Net” or “Netflix Net”. After all – thinking about AOL or Compuserve – this is how it all started. The circle is about to be completed. The Internet was a nice idea. We had our fun. In the end, we weren’t interested or strong enough to withstand all those economical forces.