Steering Stabilizer – Does It Work? 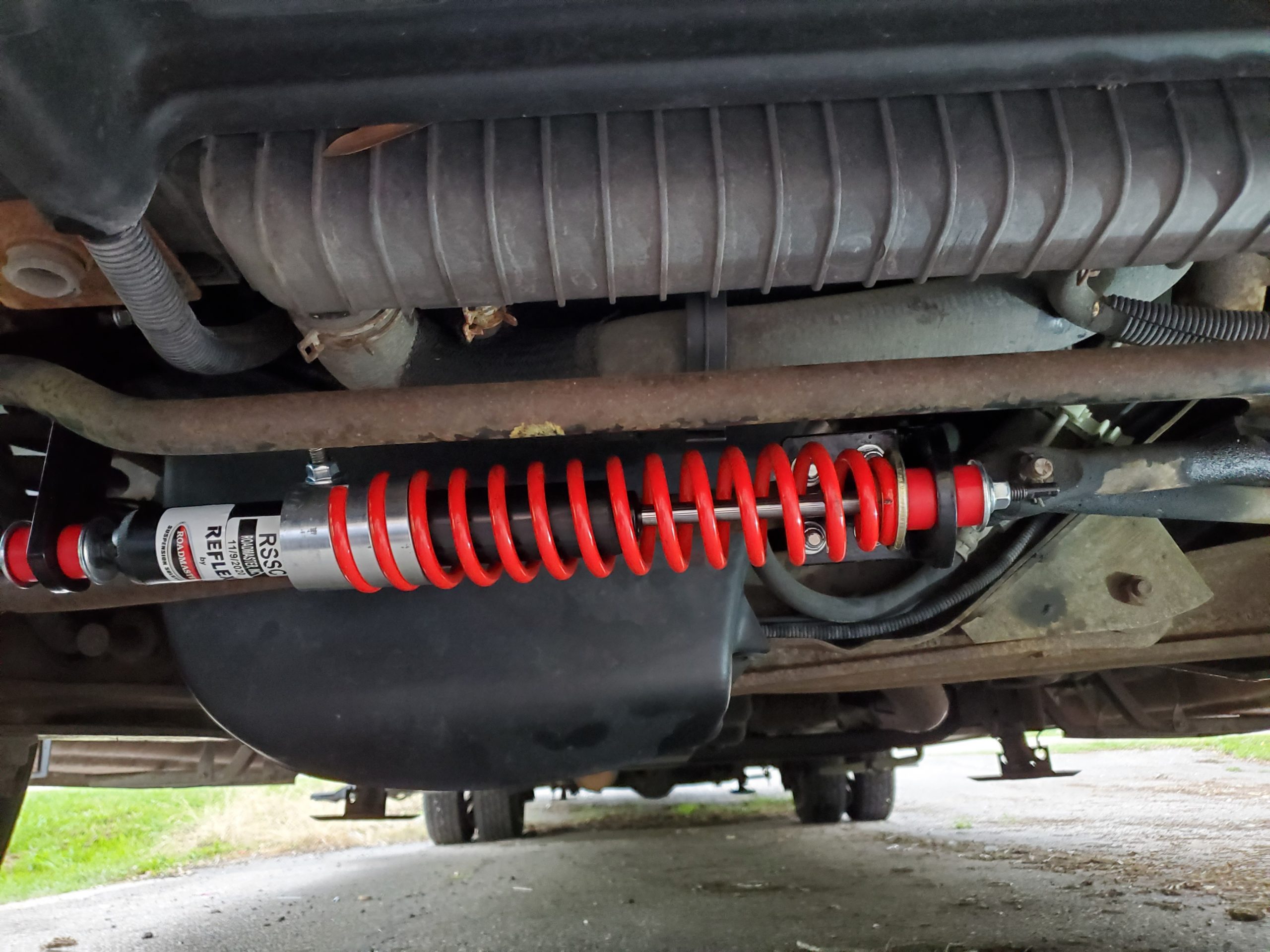 When I first pulled our Jeep Grand Cherokee with our “Winnie”, a 2008 Winnebago Outlook, I felt a mixture of emotions, somewhere between sheer panic and general unpleasantness. Everything above 50 mph and every whisper of wind pushed the needle towards panic, seeing a truck in my rear view mirror tightened the knot in my stomach, every mile driven increased the moisture content in my hands as they were clamped to the steering wheel with all the power I could muster.

But it got a lot easier over time and now, after about 3,000 miles driven, I hardly notice the motions necessary to keep the motor home on the straight and narrow.

I experienced the same learning curve, from absolute panic to a reasonable relaxed feeling, when I learned to fly an aircraft. Back then as today there are still “white knuckle” situations, like landing a plane in a hard and variable cross wind or being passed by a truck in a curved and narrow highway construction site – ideally with concrete pylons 2ft to the right of your wheels. But most of the time, I feel comfortable driving the “Winnie” cross country.

When I started driving the motor home, I thought about installing a steering stabilizer. But frankly – I considered those to be a gimmick with no real value. Kind of like all the third party stuff folks install on their cars to make them look more like .. you know .. “cool” . There’s a big market for third party attachments in almost any hobby – people install $250 gold plated power outlets and swear their audio system sounds a lot better now because the power from their outlet is now much “cleaner”. Anyway – I considered “steering stabilizers” among those things – cool to look at and to talk about, but with only imaginary value.

So – a few weeks ago – while we were getting ready to start a new RVing adventure, my husband and I discussed steering stabilizers again. Not to improve the handling of the motor home ( I didn’t believe it would anyway), more of a defense against a blown tire. Finally we ordered the “Roadmaster Reflex” and the matching bracket and called our favorite mechanic in town to install it. Unfortunately – he didn’t have time so we decided to install it ourselves. Though we are in no way super experienced with grease, grime or oily nuts and bolts, it took less than 2 hours to put it in. There are plenty of videos that made the installation relatively easy.

I took the “Winnie” for a short drive around the block. Sure, the steering wheel would return to the neutral position much faster, other than that, I couldn’t really tell if it did anything at all. The real test would have to wait until we started the road test.

Fast forward to just a few days ago. We we put another 1,000 Miles or so on the counter and I have to say: This steering stabilizer thing is dangerous – but in a good way. I caught myself multiple times going over the speed limit, even forgetting that I was driving a 30ft motor home pulling a big Jeep behind me. It’s so .. different. The feeling while driving is much more like our big Chevy Suburban .. single hand driving about 90% of the time, a lot less stress, no need to constantly counteract each and every motion the “Winnie” comes up with, it is .. for the lack of another expression, much more enjoyable to drive that big box down the road.

So yes – I was wrong. The Roadmaster Reflex steering stabilizer is not a gimmick. It improves almost all effects of driving the RV and makes it safer, way less tiresome to be the road. Of course there is physics. And we drive a big box. The steering stabilizer doesn’t convert your motor home into a sports car. You will continue to feel the wind or trucks passing. But it now is so much easier and requires a lot less concentration to handle those former “white knuckle” situations.

I think I will never want to drive a motor home without one again.

Michaela has not received any benefits or special prices for writing this blog post.

One thought on “Steering Stabilizer – Does It Work?”